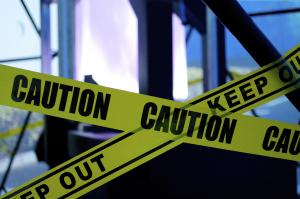 All too often employees get injured, or worse, die on the job., while trying to do good.  Certainly, that’s the case here.  A public service employee chose to climb into a dump truck body full of salt for reasons we may never understand.  But one thing’s for sure – he was just trying to do his job and probably didn’t understand the risks.  Quality training informs your employees to be more careful and to avoid risks.  It could have saved his life.

Brendan Poling, 49, had climbed inside the bed of a dump truck carrying salt and it appeared he slipped into a salt auger, where another village employee discovered him, the sheriff said in a prepared statement released tonight.

Deputies were dispatched to the utility department, 340 E. Market St., just after 11:30 a.m. for a male stuck in an auger.

Poling, who was a Mendon resident, died at the scene, the sheriff said.

No word on whether the Occupational Safety and Health Administration has been contacted. OSHA, part of the federal labor department, usually investigates industrial accidents.