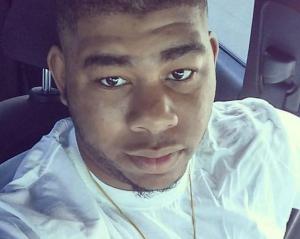 Another needless solid waste fatality, this time in the recycling plant.  It’s interesting to note that an attorney is involved right from the start.  Typically, workers compensation is viewed as exclusive remedy.  A lawsuit would only be appropriate if they can demonstrate gross negligence or intent to harm.  Both are a very high bar to overcome.  However, if successful, this will be extremely costly for the operator.  In most industrial settings risk has been engineered away through better machine guarding and process controls, but proving adequate education and training to teach employees how to avoid risk is still necessary.

The Occupational Safety and Health Administration (OSHA) have launched an investigation into the death of a recycling plant worker. Byron Jones died Jan. 19 when he fell into a tire shredder at Genan, Inc, a tire recycling plant in Sheldon, Texas, according to ABC 13. Andrew Seerden, a representative for the man’s family, called his death a tragedy. According to ABC 13, the 26-year-old got caught in the machine and was unable to get free. Jones’ co-workers reported him missing before the company realized what happened to him.

OSHA visited Genan, Inc. over the weekend to begin their investigation, ABC 13 reported. The Harris County Sheriff’s Office is also looking into the incident.  “We are currently investigating the incident and expect to file a lawsuit in order to hold all negligent and grossly negligent parties fully accountable for this tragedy,” Seerden told the outlet. Paul Francis, an attorney representing Genan, Inc., declined to comment. “The company has no comment at this time,” he said. Seerden says the Jones family is heartbroken over their loss. The young man leaves behind a 3-year-old daughter, according to ABC 13. Genan, Inc. claims on their website that the Sheldon plant is the largest recycling facility in the world, taking in 100,000 metric tons of tires yearly.