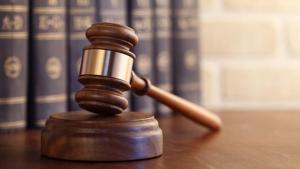 Here’s a perfect example demonstrating the exposure you face every day.  One driver on any given day can make a single mistake, costing someone their life and your city $2.8 million.  The city subsequently changed the signals and continues to investigate its regulations, but this tragedy would have been avoided if this driver had completed the PSS Pedestrian Awareness/Intersections Course. We teach Rock & Roll for Pedestrians.  It’s a simple and easy-to-habituate routine for avoiding pedestrians who are legally in the crosswalk.

SAN FRANCISCO — A San Francisco city employee who struck and killed a woman in a wheelchair on Market Street nearly two years ago is set to stand trial this week on a vehicular manslaughter charge.

Harris, who was driving a vehicle for the city’s South of Market Mental Health Services at the time of the collision, struck Phan around 10 a.m. in the crosswalk at Seventh and Market streets.

In an interview with police conducted after the collision, Harris said that he was in the intersection waiting to make a left turn from northbound Seventh Street onto Market Street and watching for pedestrians, but did not see Phan before he struck her on the driver’s side of the vehicle.

Phan, a U.S. Department of Labor employee who reportedly suffered from osteogenesis imperfecta, or brittle bone disease, was taken to a hospital but later died of her injuries.

Harris was turning left from a red lane that is prohibited for private vehicles. However, left turns are legal at that site for some vehicles including buses, taxis and city vehicles performing certain functions.

Following the crash, police initially indicated Harris, who transported clinic clients, might be among those drivers considered exempt from the restrictions. Charges were later recommended following an investigation.

In response to Phan’s death, activists with Walk SF and Senior and Disability Advocates called for the city to eliminate left turn exemptions for commercial and city vehicles on Market Street between Third and Eighth streets, to improve signage clarifying who can legally turn from the red lanes, and change traffic lights to give pedestrians more of a head start in crosswalks, among other improvements.

City officials made changes to the signage at the intersection within a month after Phan’s death.

Phan’s family filed a lawsuit against the city following her death. A $2.875 million settlement was approved by the Board of Supervisors on March 17, 2017.

Harris is out of custody on bail. Opening statements in his trial are expected to start Tuesday.