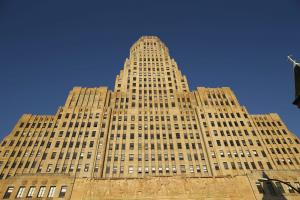 Workers Compensation insurance coverage is, by law, “exclusive remedy” in all fifty states.  That means if an employee is injured on the job, the only recourse for covering the costs of medical care or lost wages is through the state-provided workers compensation program.  All fifty states have the exclusive clauses.  Workers Compensation was brought into law back in 1917.  Before that, employees who suffered on the job injuries were on their own.  Many sued their employers to get payment for their injuries.  This was burdensome and expensive for both sides.  It was the employers, not the unions, who asked the government to put a system in place that would be fair to workers, yet protect employers.

During the past two decades, aggressive plaintiff attorneys have attempted to break through the exclusive remedy provisions, in hopes of winning big settlements for their clients.  Most have failed.  Here’s an interesting article, in which a state employee suffered severe injuries as a result of “potential” negligence on the part of a city.  His legal team is pursuing a third-party action outside the scope of workers compensation.  Buffalo could be out $3 million because someone failed to properly remove an old sign post.  Danger and exposure are lurking all around you.  Invest in high-quality safety training.  It’s cheap insurance.

A Buffalo Common Council committee is recommending a $3 million settlement to a state worker who sustained “life-changing” injuries in a lawn mower accident on the job.Michael Yusczyk was working for the New York State Department of Transportation when he was injured May 4, 2011, while mowing the lawn on the bike path along Scajaquada Creek and I-198, said Delaware Council Member Joel P. Feroleto. The stand-up lawn mower struck a steel sign stub or the base of a sign that was no longer there. Grass had grown over the object.

When the lawn mower abruptly stopped, Yusczyk lunged over the mower and landed on his head.

Following the accident, Yusczyk underwent “extensive” physical and occupational therapy, said Feroleto, chairman of the Claims Committee. He was confined to a nursing facility for years and then regained his ability to walk with a walker but still requires basic assistance to take care of himself, like help with showering.

“He was a paraplegic but regained some mobility, but now he needs help taking care of himself,” said Niagara Council Member David A. Rivera.

“There is no amount of money we can ever repay him,” Rivera said.

City lawyers proposed the $3 million settlement during the Claims Committee meeting Wednesday “to try to avert a worse outcome if the case were to go to trial,” said Corporation Counsel Timothy Ball.

“Given the potential and the risk if the case went to a jury and the plaintiff appears very sympathetic, we could have a larger liability on our hands,” Ball said.

If Yusczyk’s claim is resolved through the city, he will have to give back to the state the $1.5 million he already received from worker’s compensation, Feroleto said.

The sign had been installed around 2004 or 2005 as part of the Scajaquada Bike Path project, said Assistant Corporation Counsel Robert Quinn.

During Wednesday’s committee meeting, Lovejoy Council Member Richard A. Fontana asked city attorneys if the steel stub was a known hazard the year before.

“It was the first cut of the year. Did someone fail to fix this or did the sign fall off in the winter?” Fontana asked. “I just want to know if someone’s laziness led to this gentleman’s whole life changing.”

According to Ball, “I don’t see any evidence in the record that there was any prior notice that the city had failed to correct (the problem).”

Testimony at depositions indicated that prior to Yusczyk’s accident, the signpost was installed as it should have been and that the sign had been removed or had fallen at some point, Quinn added.

The committee recommendation goes to the full Council for a vote.