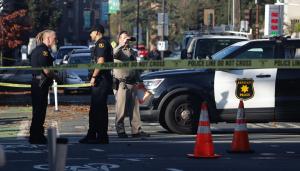 Another city employee and another avoidable tragedy.  If this driver had completed our Intersections course, he would have known to “rock and roll for pedestrians,” a simple procedure that eliminates blind spots and allows you to see pedestrians who in the cross walks.

BERKELEY — An elderly woman died in a fatal collision with a city of Berkeley vehicle on Friday, a California Highway Patrol spokesperson said.

At 1:21 p.m. on Friday, a city of Berkeley employee was driving a city vehicle west on Channing Way and stopped at the Fulton Street intersection.

Berkeley resident Shelley Rideout, 70, was walking north and crossed Fulton Street in the crosswalk, where she was struck by the vehicle at 15 miles per hour.

The driver remained at the scene and investigators do not believe that speed is a factor.

The city would not identify the driver of the vehicle, citing personnel rules, but said the employee was on city business at the time.

According to CHP, investigators are looking into whether equipment that was in the intersection for sewer maintenance could have blocked the driver’s view.

“We’re devastated. It’s a very tragic situation and our thoughts are with the family of the victim,” said Matthai Chakko, a spokesperson for the city of Berkeley.