Workplace Fatalities Continue to Increase, with Transportation Incidents #1 Cause

Workplace Fatalities Continue to Increase, with Transportation Incidents #1 Cause 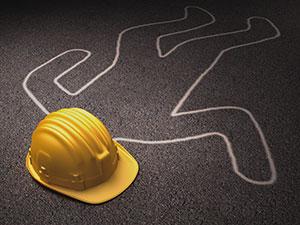 On the job fatal accidents continue upward trend for third year in a row.  More effective, outcome-based safety training is one way you can buck the trend.  Make your community safer, one employee at a time.

There were 5,190 workplace fatalities reported in the U.S. in 2016, a seven percent increase over the previous year.

It was the third consecutive annual increase and the first time in nearly a decade that the number has surpassed 5,000 according to the National Safety Council, which said it is “very disheartened” by the news.

More workers lost their lives in transportation incidents than any other event in 2016, accounting for about one out of every four fatal injuries. Workplace violence injuries increased by 23 percent, making it the second most common cause of workplace fatality. Two other events with large changes were exposure to harmful substances or environments, which rose 22 percent, and fires and explosions, which declined 27 percent.

Loren Sweatt, deputy assistant secretary for the Occupational Health and Safety Administration (OSHA), said the increase in fatalities was the biggest since 2008.

“America’s workers deserve better,” Sweatt said in a statement, in which she vowed that OSHA will “work to address these trends through enforcement, compliance assistance, education and training and outreach” and the government will “work with public and private stakeholders to help eradicate the opioid crisis as a deadly and growing workplace issue.