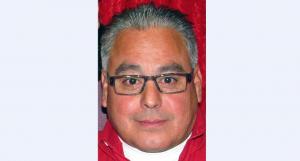 Even a vehicle as innocent looking as a street sweeper can lead to tragedy.  Safety training is the best solution.

The City of Ark City Friday identified the city employee who died from his injuries in a workplace accident Thursday as Marc A. Tapia, 53.

“I am saddened by this tragic loss,” Ark City Mayor Dan Jurkovich says. “I am told Marc was always smiling and gave more than he received. He will be greatly missed. My prayer is that God will provide the comfort his family needs.”

The city says the accident that killed Tapia happened about 1:43 p.m. Thursday “within the shop premises on a concrete pad used to wash out vehicles. It says Tapia was outside the street sweeper, washing it off when the accident happened.

“A Kansas Department of Corrections inmate laborer entered the cab of the street sweeper to clean it while Tapia was cleaning the outside of the vehicle,” the city says. “At some point, the vehicle began to move in reverse. The exact cause of this is still under investigation by the Ark City Police Department.”

The city says the street sweeper collided with a pickup truck and Tapia was injured between the two vehicles.