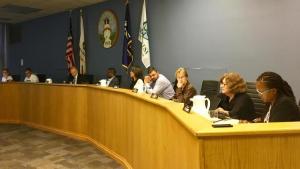 This is an insane amount of money to be paid to a claimant for the injuries described in this event. I cannot imagine why the city council or the excess insurance provider would have conceded at these levels. However, the more important lesson to be learned is that all accidents, including this one, are the result of a human behavior.

If this driver had been more carefully scrutinized at the time of hire and more effectively educated and trained, the collision would never have happened. It is so frustrating to read daily articles describing the continued human suffering and utter waste of taxpayer dollars, when these events could be almost eliminated with less than ten percent of the cost of a single claim.

The payout was approved at the Dec. 11 City Council meeting without comment from aldermen, and as part of a package of 26 other city business items that included provisions for a beach office renovation, extension of a contract related to a city-owned parking garage, and theater and artist studio lease renewals

Evanston attorneys and other city officials declined to comment when reached after the meeting.