Tampa Could Pay $200,000 to Family of Man Crushed by City Front-End Loader

Tampa Could Pay $200,000 to Family of Man Crushed by City Front-End Loader 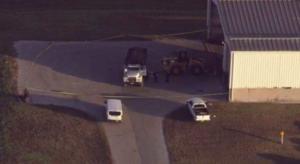 TAMPA — City Hall could pay $200,000 to the family of a dump truck driver crushed last December by a front-end loader operated by a city employee.

Pablo R. Femenias, 52, of Tampa died about 6:30 a.m. on Dec. 28. He was driving a Mack dump truck for Wiggins Hauling and had just picked up a load of debris from a city loading station next to the wastewater treatment plant on Hooker’s Point.

Police said Femenias pulled out, went about 40 feet and stopped directly behind where a city front-end loader was working, then got out of the truck and grabbed a shovel to clean up outside the truck.

City utility technician Gregory N. Robinson, then 46, was operating the front-end loader and spoke briefly with another driver, according to a police report.

That driver, also a city employee, told police he mentioned to Robinson that Femenias’ truck was parked in a potentially unsafe spot.