How Did America’s Richest State Become Such a Fiscal Mess?

How Did America’s Richest State Become Such a Fiscal Mess? 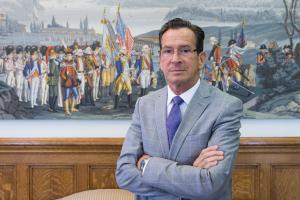 Connecticut may be too rich for its own good. Long blessed with a disproportionate number of high-income residents, the state has entertained lavish spending habits for decades. Lawmakers have acted as if they were on a shopping spree at Christmas, confident that the money to pay off the credit cards would somehow be found in the new year. Meanwhile, they have avoided many of their less glamorous responsibilities — depositing money into pension accounts and other retirement benefits, and paying for adequate infrastructure maintenance. Now, all those bills are coming due, and the money isn’t there to pay them.