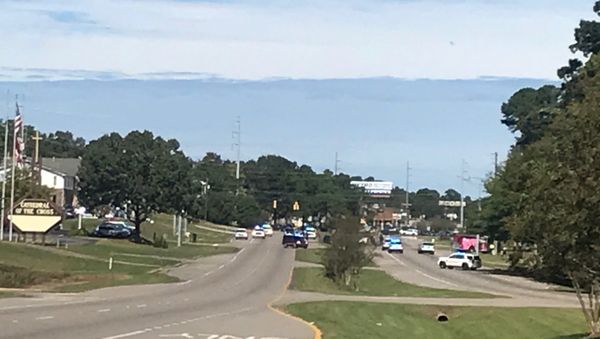 Here’s what we preach at Public Service Safety: the most dangerous part of a city worker’s job is working in and around the roads. That includes driving, anytime they’re out of the vehicle, and, sadly, even when they’re planting flowers. We exist to prevent tragic accidents like this one from ever happening. And, they’re all too common. City workers are hit and killed practically on a daily basis. We want to make communities safer, one driver at a time, but we need your help to do it. Contact us today to learn how to keep your employees safer.

A Center Point city worker was killed Thursday when she was struck by a car.

The crash happened at 11:15 a.m. in the 1500 block of Center Point Parkway. Chief Deputy Randy Christian said deputies responded to find the woman critically injured. She was pronounced dead at the scene.

Center Point Mayor Tom Henderson said the victim was a city horticulturist who was planting flowers when she was struck.

Authorities said it appears the victim was kneeling in the median when the driver of a small SUV apparently veered into the median and struck the woman. before crashing into two Center Point city work trucks that were unoccupied at the time. The driver was not injured.

The crash happened directly in front of Serra Nissan. The Sheriff’s Traffic Accident Reconstruction Team is on the scene. The parkway was closed in both directions immediately surrounding the scene.

The woman’s name has not yet been publicly released. Her coworkers are gathered in the parking of City Hall to share in their grief. Henderson said the victim was a city department head who joined the staff in 2013.

“She was one of the best employees we’ve ever had,” the mayor said. “It’s a very tragic situation.”

“When it came to getting the job done, she was serious about it,” he said. “She loved her job. She kept the city looking good.”

Two pastors joined the mourning workers in the parking lot. The Rev. David Haynes of Center Point First Baptist Church was one of them. “We basically told them you can’t understand a situation like this nor can you explain it,” Haynes said. “We just hurt with them and loved on them. We all shed a few tears.”

Henderson said there was another city worker with the victim who had just stood up to go get more flowers when the crash happened. “He would have been in the same situation,” he said. “He’s taking it hard.”

The mayor said taking care of the employees is the immediate priority. “We’re all going to really miss her.”