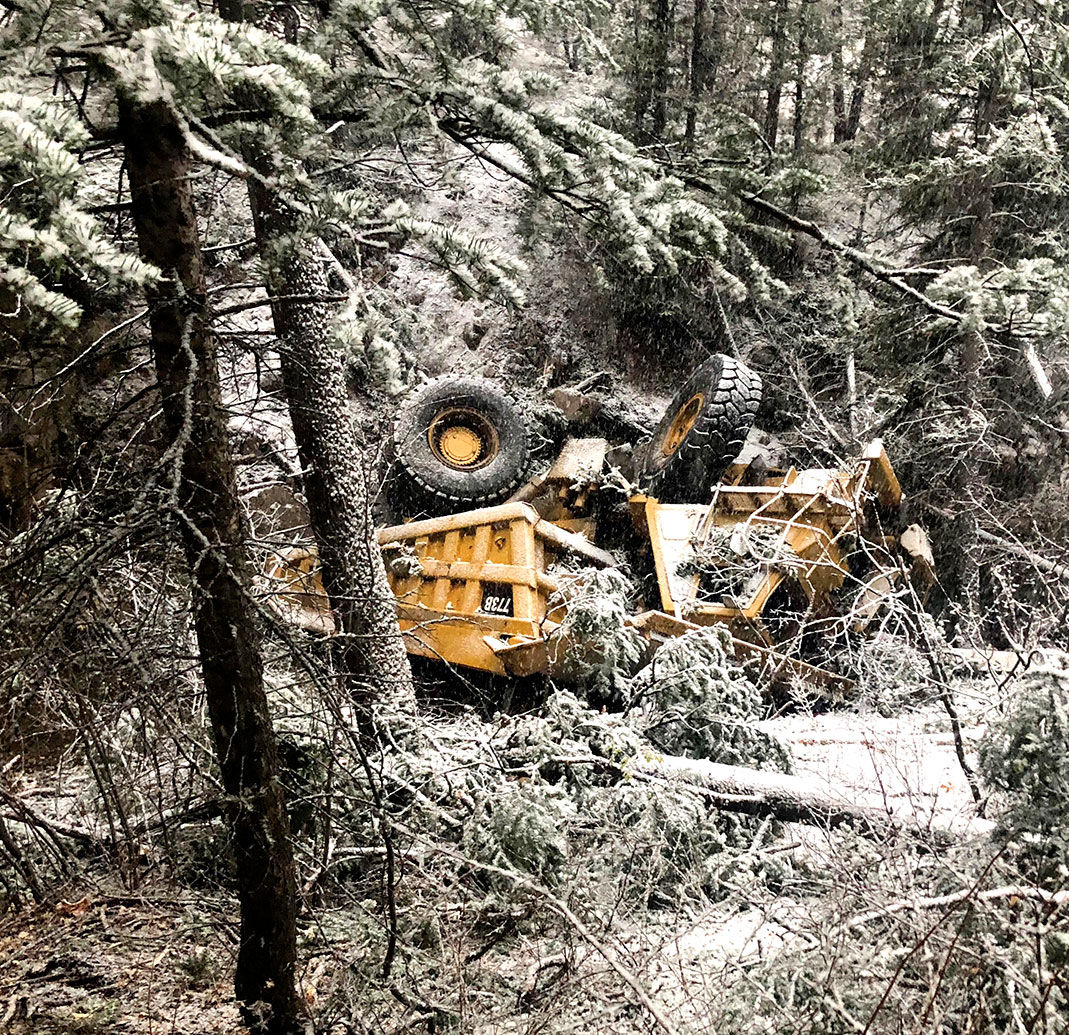 No matter the job, the most dangerous part about being a road worker is driving. This is a particularly tragic example. It pains us to see anyone lose their life, especially someone as young as 26. We don’t have all of the facts on this one. One thing, however, is always clear: accidents are preventable. Public Service Safety exists to make communities safer, one driver at a time. That means helping you prevent accidents like this one.

A local man who was working on a project to repair the Chief Joseph Scenic Byway died Friday night after his haul truck crashed into a creek.

Ronald “Ronny” Frankenberry II — a former Powell resident who had been living in Cody — was 26 years old.

Frankenberry was part of the Oftedal Construction Co. crew that’s working to stabilize a sliding portion of the Chief Joseph Highway (Wyo. Highway 296) around milepost 26. Work stopped immediately after the incident to allow for an investigation.

Authorities say Frankenberry was heading down a haul road on Friday when he apparently collided with another rock truck that was heading back up the hill. His truck ran off the right-hand side of the road, crashed through some trees and then vaulted off a small cliff before coming to rest upside down in a creek, said Wyoming Highway Patrol Lt. Lee Pence. The Park County Sheriff’s Office said it was a roughly 250 foot drop.

Frankenberry died at the scene.

The driver of the other haul truck was uninjured and the damage to that vehicle was minor, Pence said.

“We’re still working on why they collided and why he [Frankenberry] couldn’t control his truck afterwards,” Pence said Monday morning.

Park County Coroner Tim Power said no autopsy is being conducted, but blood samples have been submitted for a toxicology report. Those reports typically take four to six weeks to process.

Since it was a work-related death, the highway patrol will work with Wyoming OSHA (Occupational Safety and Health Administration) to investigate the crash — including to rule out any mechanical issues, Pence said.

“I don’t think that’s a factor, but we don’t want to get tunnel vision” during an investigation, he said.

The crash was reported shortly before 10 p.m. Friday.

Oftedal Construction, based in Casper, was awarded a $5.5 million contract from the Wyoming Department of Transportation in July to stabilize a portion of the Chief Joseph Highway. One side of the road slid away earlier this year — limiting traffic to one lane. Oftedal is working to add 280,000 cubic yards of material at the bottom of the slide to stop the earth from shifting any further. The company will also fix the damaged road, with the work expected to be all wrapped up by the end of June 2019.

Frankenberry had been hired by Oftedal Construction this past summer, being among many locals working on the project, said Wyoming Department of Transportation spokesman Cody Beers.

Recently, crews have been working day and night shifts to finish building the large, stabilizing embankment at the base of the slide before winter.

As per OSHA protocol, the construction project was put on pause while personnel from the agency investigate the incident.

“Right now, the job is shut down,” Oftedal Construction President Jeff McDonald of Casper said Monday, adding, “Once they [OSHA personnel] tell us we can go back to work, we will, and if they say we can’t, then we’ll wait for their instructions.”

All of the Oftedal crew members were sent home on Friday night and the company planned to have a meeting with the workers on Monday afternoon in Cody, McDonald said.

“Everyone at Oftedal, we just pass our condolences on to the family,” he said. “We all feel terrible about what happened.”

Oftedal Construction is an employee-owned company with offices in Casper and Miles City, Montana. In its more than 50 years of existence — among thousands of employees and “millions and millions of manhours” — Oftedal has had three fatalities, McDonald said.

He characterized the Chief Joseph Joseph slide repair work as a medium-sized job for the company, which handles projects that range in the tens of millions of dollars.

Members of search and rescue’s high-angle rope rescue team rappelled down the 45-degree face of the gorge to reach the wreckage of the haul truck, said Lance Mathess, a spokesman for the sheriff’s office.

“With the help of other first responders who had earlier hiked into the drainage, they were able to extricate the victim and through the use of a powered winch, the rope rescue team brought the victim up and out of the crash site,” Mathess said. He said the team worked through the night, finishing up around 5 a.m.

It was the third fatal crash in Park County in less than three weeks; two drivers died in the Powell area in late September and early October.

Power, the coroner, praised the many agencies who’ve responded to those incidents and others, saying the general public has no idea how valuable the local first responders are.

“Thank God for their willingness to volunteer and be a part of what they do,” he said, adding, “These people are just … they’re so valuable to our county and our state and our country that, my goodness, people just don’t realize what they do.”