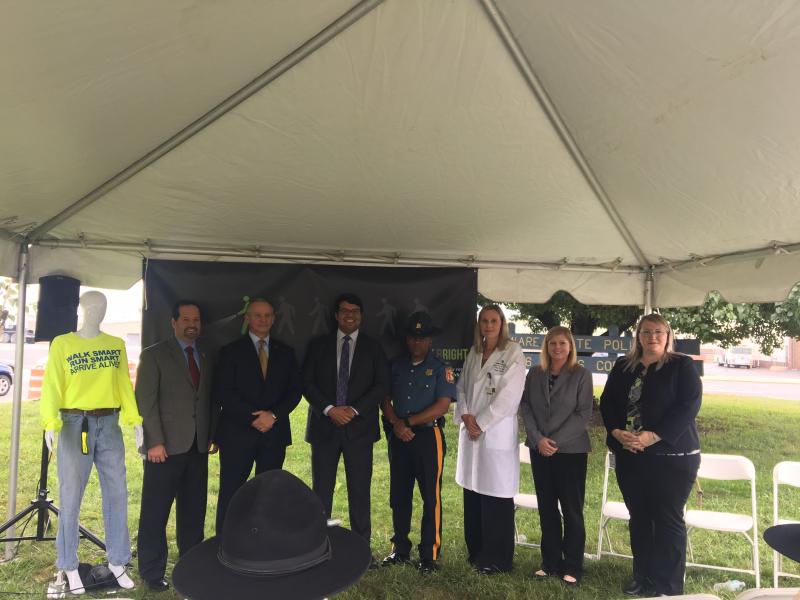 Pedestrian accidents are common, costly, and often times fatal – even at low speeds. That’s why we’re glad to see someone singing a similar tune that we’ve sung for almost 25 years. The Delaware Office of Highway Safety should be proud to know that they’re being proactive about safety. However, there is another component missing still. Their campaign focuses on educating pedestrians on safe street-crossing habits. That’s a commendable goal, but what about drivers? Specifically, what about your drivers? At Public Service Safety, we say control what you can control. We have decades of best-practices and world-class safety training that will educate your drivers on how to avoid accidents. They’ll drive more defensively and make-up for the mistakes that others make out on the road. The fact is, pedestrians will always behave in dangerous ways. It’s up to you to make sure your drivers can avoid the risks others create for them.

Delaware Office of Highway Safety kicked off their Pedestrian Safety campaign at Delaware State Police Troop 6 at 11 a.m. on Oct. 4.

“Over the past five years, October has become the deadliest month for Delaware with the highest occurrences of pedestrian fatalities and injuries, which is why it is so important to generate greater awareness about safe pedestrian behavior,” said Kimberly Chesser, acting director, Delaware Office of Highway Safety. “Even one death or injury is too many. We want everyone to enjoy the benefits of the autumn season, but a critical component to this is for pedestrians to Walk Smart. We hope everyone will gain that from this initiative and we thank everyone involved for their continued support in achieving this goal.”

Among those in attendance at the kick off will be Delaware Department of Safety & Homeland Security Cabinet Secretary Robert Coupe; Sen. Anthony Delcollo; Superintendent of the Delaware State Police Col. Nathaniel McQueen Jr.; representatives from OHS, the Delaware Department of Transportation, DART and Christiana Care Health System’s Trauma Program; and Delaware State Police, first responders and government and business leaders who are vital to the campaign’s success.

Street teams will be deployed on DART buses with routes that travel corridors with higher occurrences of pedestrian crashes and fatalities. These street teams will educate Delawareans of safe walking habits and will hand out reflectors for use. Delaware is ranked top five nationally for pedestrian fatalities per capita. In 2017, the state had 34 pedestrian fatalities statewide. Common factors in these crashes involve individuals being under the influence and crossing outside of crosswalks on busy roads similar to Kirkwood Highway, Route 13 and Route 40. Many of these crashes also occur during nighttime hours with pedestrians wearing dark clothes and no safety items.

OHS will work together with key influencers in the area to encourage pedestrians to Walk Smart.