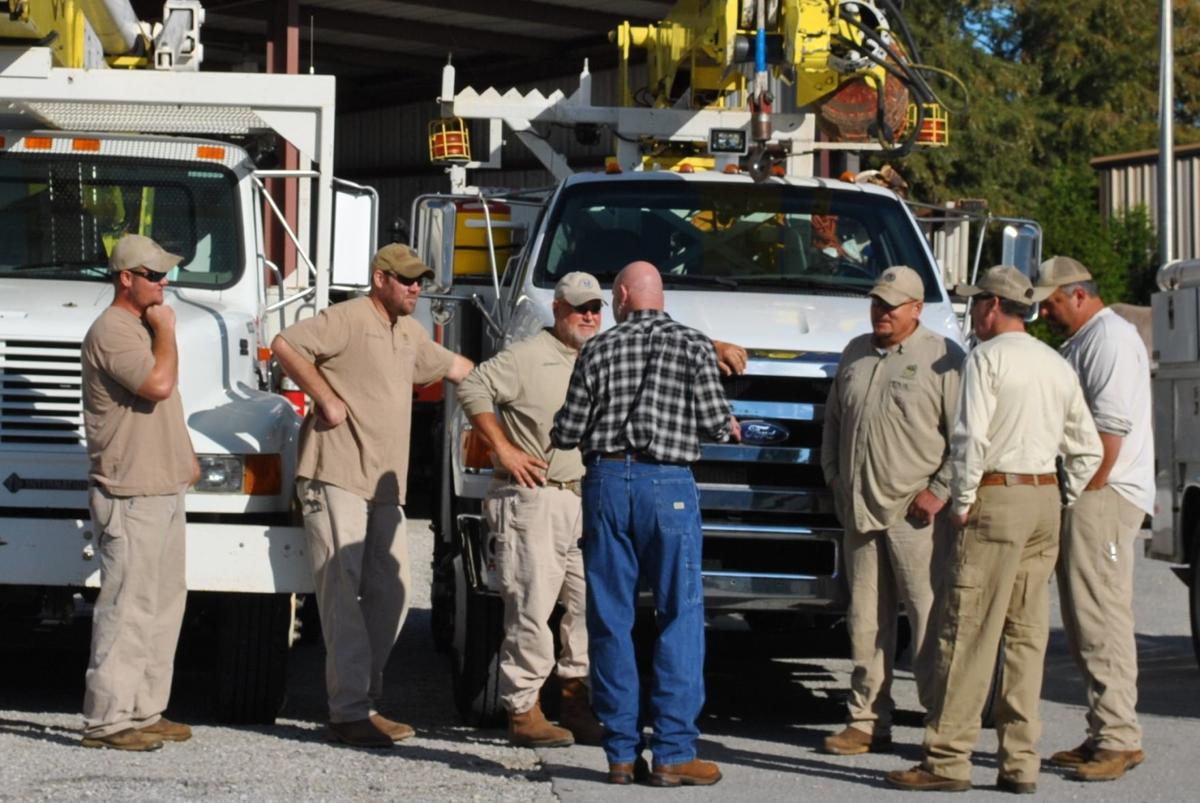 Utility crews were dispatched recently to aid those without power in the wake of Hurricane Michael. This is far from the first time our public servants have come to the rescue, yet most people probably don’t recognize the vital role they play in our everyday lives. Let’s simply take this moment to recognize the great work they do and the danger they face every day on the job. We wouldn’t get far without them.

As a member of the Alabama Chiefs of Police Emergency Response, Rogersville Police Chief Terry Holden was keeping an eye on Hurricane Michael when it slammed into the Florida panhandle and southern Alabama on Wednesday.

The response team’s mobile command and communication unit is housed with the Rogersville Police Department, so Holden knew it was only a matter of time before the call would come for possible deployment.

“I’ve been called, but I’m on hold right now. That could change in a matter of minutes,” Holden said late Thursday afternoon.

Holden said his talks with officials in south Alabama indicate one of the biggest needs right now is utility work.

Reports indicate at one time there were more than 900,000 people in the tri-state area of Alabama, Florida and Georgia without electricity after lines were ripped down by the strong winds of the hurricane.

Utility crews from Sheffield, Florence and Russellville have been called into action to help with restoring electrical service.

“We worked with crews from Dothan last year in Orlando, and now we’ll be working in Dothan to help them out,” Hargrove said.

He said it was his understanding that of the 31,000 customers in Dothan, 80 percent were without power.

“Last year, our crew was in Orlando for 10 days. We have no idea how long this will be,” he said.

“You really don’t know what you’re faced with until you get there and start assessing the situation,” said Charlie Canida, general manager of the Russellville Electric Board.

Canida had a six-member crew leave Thursday morning for Havana, Florida, which is near the Tallahassee, Florida, area.

“Our guys are ready to go wherever we are needed,” Canida said. “They were eager to get there and help out as much as possible.”

“We’ll probably rotate six more in a week, depending where the needs are,” Morrissey said. “I don’t like to leave them out more than a few days at a time.”

The deployments by the local electric crews are part of the Electric Cities of Alabama (ECA) mutual aid agreement.

Jon Hand, executive director of ECA, commended those who are willing to assist during emergencies.

“I am so thankful for the hardworking men and women that work for municipally owned electric companies throughout our state,” Hand said.

Like Holden, Capt. Benjamin Deuel, of the Salvation Army, is on standby.

He had been home just one day following two weeks of assistance in North Carolina in the aftermath of Hurricane Florence.

“We’re on standby right now, but we’re ready,” Deuel said Thursday. “Our (food) canteen is stocked and ready. And my bags are still packed. When I left North Carolina, I washed up everything just in case I would be heading to south Alabama.”

He said the Salvation Army had 15-16 crews staged throughout the state preparing for when Hurricane Michael hit land.

Claude Fillingham, a volunteer with the American Red Cross, was in Montgomery on Thursday morning with a Red Cross Emergency Response Vehicle (ERV) waiting for his assignment.

“We’re going somewhere, I just don’t know where right now. That will change as rescue people come in and start assessing the situation,” Fillingham said.

He said wherever he goes, he will be helping other Red Cross officials working to meet the immediate needs of the public.

Holden said the command center he will drive is also capable of providing communications.

He spent most of the day Wednesday and all of Thursday checking the equipment and making sure the vehicle was ready when, and if, the call came.

“It’s a wait and see right now, but we’re ready. This is what we’re here for,” Holden said.