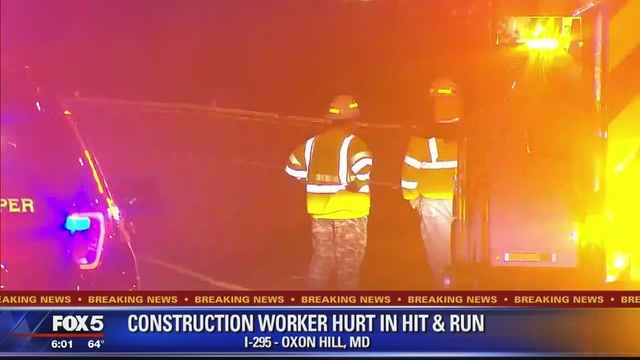 A public servant is hit by an amateur driver while doing his job. Accidents like this happen almost every day. This time, the driver fled the scene, fearing legal retaliation. When a worker is injured in this way, justice ought to be served, but blame shouldn’t be the focal point. It’s important to turn our focus to prevention. When you educate and train your employees to see and avoid risk, they become safer. Thus, accidents like this one are prevented. It’s no secret that the other drivers aren’t looking out for your employees.

A construction worker is in critical condition after he was struck by a vehicle along I-295 Monday morning, Maryland State Police say.

The crash happened at 2 a.m. on the ramp from southbound I-295 to northbound I-95/495 in Oxon Hill. Police say the victim was with a crew on the ramp when he got out of the work vehicle for unknown reasons.

Moments later, police say he walked behind the lane closure and was struck by a car. The driver left the scene after the crash, police say.

The worker was taken to the hospital in critical condition. Police say the 53-year-old victim was working as a subcontractor for the Maryland Department of Transportation State Highway Administration.

The crash comes on the same day that Maryland’s new expanded “Move Over” law goes into effect. The new law requires drivers to change lanes when passing work trucks or face a possible fine