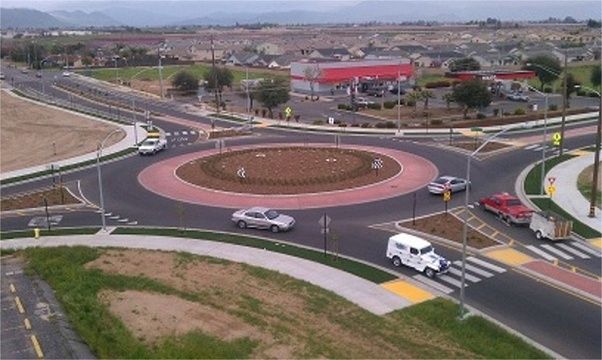 There are several steps to reducing the risk of a vehicular accident. You can avoid the risk in the first place by never getting in the vehicle.  You can eliminate unsafe road conditions and unsafe vehicles which increase risk. And, you can engineer risk away by creating, designing, and inventing safety measures. Roundabouts fall into the latter category. When cities implement more roundabouts in place of traffic lights, they are engineering safety. They are creating something that reduces the risk of an accident. However, there is another step to reducing risk that is often overlooked: human behavior. When you influence the human behaviors that increase risk and cause accidents, you can substantially increase safety.

The Pennsylvania Department of Transportation has long been touting the safety benefits of roundabouts, but without much local data.

That’s because there weren’t many roundabouts in the state.

Now, with before-and-after crash data available for 11 roundabouts, including the roundabout on Route 97 in Waterford Township, the department is backing up claims previously based on federal highway statistics.

According to the new state data, crashes, injuries and fatalities decreased after roundabouts replaced signals or stop signs at the intersections.

Total crashes at the intersections dropped 47 percent, from 101 to 54.

“Our data shows that modern-day roundabouts reduce crash severity and injuries while improving traffic flow,” said PennDOT Secretary Leslie Richards. “This underscores why roundabouts are becoming more commonplace in Pennsylvania and beyond.”

The roundabouts studied were those for which at least three years of crash data was available before and after they opened. The data is based on police-submitted reports from 2000 through 2017.

The oldest roundabout included in the crash study was built in Chester County in 2005.

Other roundabouts in the study are in Allegheny, Beaver, Bucks, Cumberland, Perry, Dauphin, Delaware, Montgomery and York counties.

Thirty-two more roundabouts, including the Saegertown and Millfair traffic circles, have opened since.

Twenty-six more roundabouts are on PennDOT’s drawing boards, including the region’s first multi-lane roundabout, to be built at Route 322/6, Route 19 and Route 98 in Vernon Township near Meadville. Construction is expected to begin next spring.

Even with those numbers, roundabouts remain rare in Pennsylvania. Drivers, cyclists and pedestrians can learn to navigate them by watching a PennDOT video available at https://bit.ly/2xKdXtw.