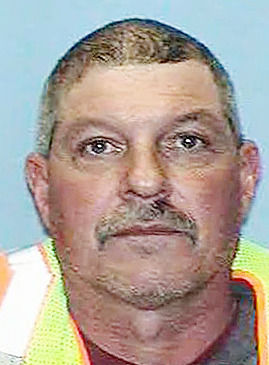 This case has been dragged out for two and a half years. The outcome can never change. In Spring of 2016, tragedy struck the Missouri Department of Transportation as a worker lost his life flagging traffic. The driver, who was operating the vehicle without insurance, swerved to avoid hitting stopped traffic and is now charged with felony assault. Maybe your workers know to maintain a safe following distance to avoid accidents like this one, but do they know enough about the people who share the roads with them? When you partner with us, your workers will be more aware of the dangers around them. They will know how to make up for the mistakes of others.  They will be able to prevent accidents from ever happening. Together, we can save lives and get your workers home safely every day.

Missouri Department of Transportation (MoDOT) employee Lyndon Ebker was hit by a car and killed nearly 2 1/2 years ago.

In April 2016, Norman Haimila, 82, Hermann, was charged with felony assault on a highway worker and misdemeanor operating a vehicle without insurance.

Due to a combination of three judges recusals from the case, and legal wrangling by attorneys, a plea has yet to be entered.

After two requests for a change of judge made by Haimila’s attorney, the Missouri Supreme Court assigned 23rd Circuit Judge Diana Bartels, Jefferson County, to hear the case on Aug. 31.

She is the fifth judge to be assigned to the case.

The felony charges stem from an April 2016 incident when a car allegedly driven by Haimila struck and killed Ebker, 55, New Haven, on the Boeuf Creek bridge outside New Haven.

According to the Missouri Highway Patrol report, Ebker was stopping eastbound traffic to let westbound vehicles pass through the work zone. Haimila apparently swerved to avoid a stopped dump truck and his car struck Ebker.

On May 31, Judge Michael Wright was assigned to hear the case and Haimila’s attorney’s immediately requested a change of judge before any new hearing was held under Wright.

On May 22, 20th Judicial Circuit Presiding Judge Ike Lamke recused himself from the case, which led to the assignment of Wright.

According to court documents, Judge Craig Hellmann recused himself from the case May 4.

He inherited the case from former presiding Judge Gael Wood when he was forced to retire in November 2017 because of age restrictions.

Wood had been assigned the case since the original charges were filed on April 7, 2016.

Since Ebker’s death, family and friends and lawmakers have honored his memory by naming the bridge where he was killed after him through a bill signed by then Gov. Eric Greitens.

They have also testified before the House transportation committee earlier this year regarding legislation that would have required automatic driver’s license revocation when a driver strikes a highway worker in a construction or work zone.

Ebker’s daughter told The Missourian the only reason they were given for the unexpected recusals was the judges may know someone involved in the case.