At Least 9 Killed in Phoenix Area by Wrong-Way Drivers in 2018: How to Stay Safe

At Least 9 Killed in Phoenix Area by Wrong-Way Drivers in 2018: How to Stay Safe 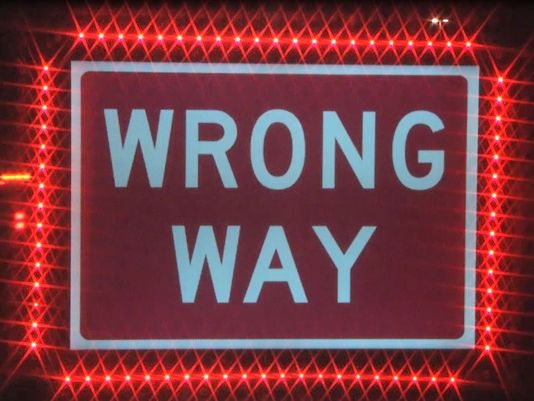 This is what we mean when we say “Look out for the other guy.” Sorry to be blunt, but people do dumb stuff behind the wheel. There’s hardly anything dumber than driving the wrong way down a road. Maybe you’re a great driver who never breaks the rules. Even a mediocre driver would never drive the wrong direction. However, being a mediocre driver or even a great driver isn’t enough to keep you free from harm. You have to be a defensive driver. We share the roadways with countless drivers who take risks. Our world class defensive driving system, LLLC, teaches you and your drivers how to avoid collisions with people doing dumb things.

When thinking about wrong-way driving, one story sticks out for Alberto Gutier. The longtime director of the Arizona Governor’s Office of Highway Safety remembers hearing about Megan Lange.

The 26-year-old Phoenix fire dispatcher was on her way home when she was hit by a wrong-way driver in 2015. She clung to life but had suffered traumatic injuries and later died.

The Arizona Department of Transportation is working to prevent wrong-way driving crashes on the interstates.

However, the crashes can occur on all types of roadways statewide.

Nationally, about 300 to 400 people each year are killed on average in wrong-way driving crashes, the U.S. Department of Transportation Federal Highway Administration reports.

According to research by The Arizona Republic, at least 14 wrong-way crashes have happened in Maricopa County so far this year, as of June 10. At least nine were fatal.

The National Transportation Safety Board said wrong-way collisions occur infrequently but are likelier to result in fatal and serious injuries than other types of highway crashes.

Recently in Arizona, two people were killed and five others were injured in a crash on Interstate 40. Officials said a wrong-way driver hit a church van before bursting into flames.

A 61-year-old man was arrested for driving on the wrong side of the road and hitting a pedestrian June 25 in Phoenix. The pedestrian was critically injured.

On June 18, a 27-year-old man was arrested after crashing into a wall on Loop 101. Court records said Daniel Bermudez was traveling south in the northbound lanes near Ray Road.

Why do they happen?

Many wrong-way crashes happen between 6 p.m. and 6 a.m., according to the Arizona Department of Transportation. More than half happen on the weekends.

The agency said most wrong-way crashes are caused by impaired drivers.

“Wrong-way driving is a preventable thing because it is a behavioral thing,” Gutier said.

What is ADOT doing to stop it?

The department, in fall 2017, implemented thermal-detection technology to decrease crashes. The system includes 90 cameras above exit ramps on Interstate 17. The system alerts drivers going in the right direction about the oncoming driver.

As of June 12, more than 15 vehicles were detected by the technology,  according to a report by The Republic.  None of them had made it onto travel lanes before either leaving the freeway or somehow correcting.

But early on July 5, the system detected the first vehicle that actually made it onto the travel lanes of Interstate 17 going the wrong way, officials said. The driver exited the freeway without causing an accident then re-entered in the right direction. The driver later was caught by a Department of Public Safety trooper and arrested on suspicion of DUI.

ADOT released an app in November to provide alerts on wrong-way drivers and other traffic issues. The app is linked to the thermal system.

Before the start of the thermal-detection program, ADOT installed more “Wrong Way” and “Do Not Enter” signs across the state.

Gutier said the department’s work has led to a lot of people correcting themselves before a crash can occur.

What can you do?

ADOT said if you see an impaired person getting behind the wheel, stop them from driving.

Make sure to be aware of your surroundings while driving:

Gutier said many wrong-way drivers tend to drive in the high-occupancy vehicle lane. If you are driving late at night or early in the morning, avoid the lane as a precaution.

Gutier said if you see a wrong-way driver, call 911 immediately.