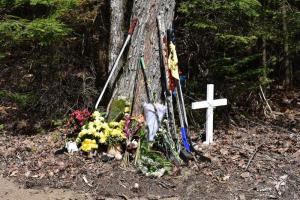 Had this driver been trained to do a pre-trip inspection, it’s possible this tragedy could have been prevented. We don’t want to cast stones and blame the driver, but we do want to focus on prevention. Every accident is caused by human behavior. In this case, the driver may have been distracted, speeding or carelessly changing lanes. We don’t have enough information to get to the root cause, but we do know the brakes were bad and could have contributed. And, a good pre-trip inspection would have eliminated at least that one risk factor and potentially saved a life.

WOLFEBORO — The brakes on a dump truck involved in a fatal wreck last month were out of adjustment and rusted, according to an inspection done by a state commercial vehicle examiner.

A post-crash inspection report reveals that two out of six brakes on the truck were in such poor condition that it would have been declared undriveable had it been stopped by a trooper with the Motor Carrier Enforcement Unit.

Benjamin Baldwin, 6, the grandson of the truck’s driver, Robert O’Blenes, was killed in the crash.

The report released by the New Hampshire Department of Motor Vehicles in response to a right-to-know request shows that no citation was issued, and makes no determination as to the cause of the crash or whether the condition of the brakes was a factor.

Sgt. Carl Huddleston spent nearly four hours inspecting the wreckage of the 1986 Mack 10-wheel dump truck and noted that as a result of the severity of the crash damage, he was unable to determine whether any of the steering system components were worn, welded or missing.

He was also unable to resolve whether axle position parts were defective or missing on the front axle as it had been dislodged from the truck in the crash.

Lt. Andrew Player of the New Hampshire State Police, Troop G, Motor Carrier Enforcement Unit, said the report shows that two out of the six brakes on the three-axle truck had issues. Rust was present on the inside of the brake drum on the driver’s side of the front axle, the report shows.

According to Player, the presence of rust indicates that there was no contact between the brake friction material and the drum. The inspection also found that the passenger-side brake on the second axle was out of adjustment, allowing a half-inch of excess play in the push rod.

The report makes no mention of the vehicle’s tires.

Immediately following the May 2 crash, Wolfeboro Chief of Police Dean Rondeau said the passenger side front tire blew out, causing the truck to veer right off Route 28 and hit a tree. A Wolfeboro police officer was traveling several vehicles behind the red truck and witnessed the crash, according to Rondeau.

The two-page report dated May 4 was released in response to a right-to-know request to the commissioner of the Department of Motor Vehicles seeking “the state accident report including vehicle information, the identity of the company the truck is registered to and the insurance information on the truck, along with any narrative reports from Troop G the commercial truck division including any forensic reports.”

David Hilts, legal counsel for the DMV, said motor vehicle accidents reports are “motor vehicle records” whose availability are governed by the Driver Privacy Act RSA 260:14, and which are not available under RSA 91-A. The DMV did release a copy of the Vehicle Examination Report that redacted the date of birth and license number of the driver, Robert O’Blenes. The vehicle is registered to Middle Road Supply & Rental Inc. The insurance status of the truck was not released.

Last week, the N.H. Department of Labor confirmed that Middle Road Supply of Tuftonboro and Gerry Holmberg, the corporation’s president, are facing an hour-and-wage investigation in the wake of the crash. DOL Commissioner Ken Merrifield said his agency is also looking in to Holmberg’s report to the N.H. Department of Employment Security that he didn’t have any employees. Holmberg did not return a telephone message seeking comment.

Investigators want to determine whether O’Blenes was an employee of Middle Road Supply.