Driver Charged in I-99 Crash that Killed PennDOT Worker

Driver Charged in I-99 Crash that Killed PennDOT Worker 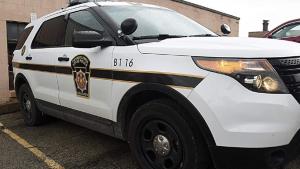 We are not passing judgement regarding the decision to charge the auto driver with vehicular homicide.  It is was it is.  However, we will note that the tragedy continues.  In such an event, everyone suffers.  Our PennDOT employee died while doing his job.  He was trying to warn motorists, who were faced with adverse conditions, about a collision ahead.  The car driver probably needed that warning a few minutes earlier and perhaps he would have adjusted his speed.  Anytime our workers become pedestrians in live traffic, the potential for loss sky-rockets.  Please be sure you people avoid such situations if p[possible.  If not, be sure they have retro-reflective apparel, warning signs, and best of all, trucks with attenuators to run interference and protect them from oncoming traffic.

Mark G. Gardner, CEO Avatar Management Services
The driver in the February crash on Interstate 99 that killed a PennDOT worker has been charged with homicide by vehicle.

Guanglong Hu, 30, of State College, appeared Friday morning before Magisterial District Judge Fred Miller for his arraignment on charges stemming from the Feb. 17 crash on I-99 in Logan Township where Hu’s car struck and killed 45-year-old Robert E. Gensimore, a PennDOT employee who was placing flares during a snowstorm to alert motorists to an earlier crash in the southbound lanes.

Hu, a Chinese graduate student at Penn State, appeared with an attorney and was released on a unsecured $150,000 bond after his arraignment. Along with the homicide by vehicle charge, Hu also faces misdemeanor charges of involuntary manslaughter and recklessly endangering another person.