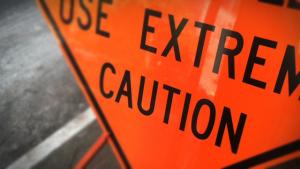 We constantly preach that driving a vehicle is the most dangerous thing your employees.  Of course, our focus is usually on the risks associated with driving amongst traffic, cyclists and pedestrians.,  In this case, a city employee was essentially off-roading on the beach when he ran over a woman.  Our defensive driving protocol, LLLC™, which teaches Look Ahead, Look Around, Leave Room and Communicate may have prevented this accident.

BARBERTON – A man who struck and killed a Barberton street department worker in January will lose his driver’s license for three years and spend 90 days in jail — but a judge ruled he can legally drive to his job and work days while serving his sentence.

Clyde W. Dolly, 57, of Massillon, pleaded no contest to charges of misdemeanor vehicular homicide and failure to control the pickup truck he was driving in the Jan. 5 death of Robert Krska.

In addition to the jail time, Barberton Municipal Judge Michael Weigand ruled that Dolly also must pay a $600 fine.

Weigand said he ordered the maximum jail time because the charge involved negligence on Dolly’s part.

Krska, the victim, was fixing potholes in the 900 block of Wooster Road North when he was killed, according to police records. Dolly, who was driving a pickup truck, “failed to give full attention to the road in front” when he struck Krska, pinning him between the pickup truck and an orange city dump truck, the report stated.

Dolly and the Krska family members were seated on separate sides of the small courtroom during the sentencing, and both he and the victim’s family members made statements.

Krska’s wife, Lori, told the judge she and her three daughters have been smelling her late husband’s cologne and wearing his shirts to feel close to him.

“Do you know how it feels to take your 8-year-old daughter to put flowers on her dad?” she asked Dolly, who stood before the judge.

Krska also read statements to Dolly from her three daughters. “All this could have been prevented if you had just watched where you were going,” she said, her hands shaking, as she read from a letter written by 13-year-old Kerri Krska. “This was a stupid little mistake. I didn’t expect to lose my dad at 13, now I’ll have to grow up and get married without him.”

Dolly wept and his shoulders shook when it was time to address his victim’s family.

“I know how you feel,” he said. “I’m sorry it ever happened. I wish I could take it back, but I can’t.It changed my life too… ” Dolly continued.

“I know it doesn’t mean anything, but I’m sorry.”

Krska had been a city employee since 1983. The city of Barberton has been charged with state safety violations in his death, including failure to provide a second vehicle called a “shadow truck,” to protect him in front of the area he was working.

The complaint claims Dolly did not give his full attention to the road and struck Krska and a city truck “that had all available warning lights flashing.”